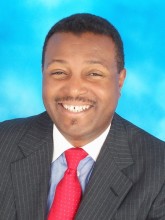 Surrounded by coal miners, President Trump signed an executive order Tuesday rolling back regulations that have dogged coal executives but have also provided them a convenient scapegoat for layoffs and bankruptcies that had little connection to environmental rules.

Trump told a group of senators that he expected lawmakers would be able to reach a deal on healthcare, without offering specifics on how they would do it or what had changed since a healthcare reform bill was pulled last week for insufficient support.

A Republican-controlled congressional panel rejected a bid by Democrats on Tuesday to obtain Trump’s tax returns, despite warnings that Trump’s business holdings could pose conflicts of interest as Congress turns to tax reform.