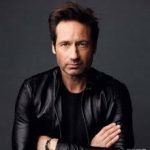 Top Stories
While we’re all incredibly glad the primary season is officially over, and Hillary Clinton won a huge victory in DC on Tuesday, the biggest political news of the day was the double team ass whupping that President Obama and Sec. Clinton gave Donald Trump and Republicans on their phony argument over the phrase “Radical Islam.” Even Sen. Sanders, in a speech effectively acknowledging Clinton’s win, joined in to hit Trump on his idiocy and hypocrisy. He and Clinton went to to have a positive and substantive debate Tuesday evening on the next steps for the Democratic Party.

For his part, Donald Trump – on the holiday he shares with the U.S. Army – made it clear he’s not even willing to share his birthday with the Army, as he acted like a petulant child, accusing members of the U.S. military of stealing big piles of cash in Iraq. He also tried, insanely, to claim that he’s a bigger defender of LGBTQA rights than Hillary Clinton.

President Obama and Sec. Clinton, however, took no BS from the orange fool with the Napoleon complex, hitting him on multiple issues, at nearly the same time, using incredibly similar words.

House Democrats on Tuesday also finally had enough of their Republican counterparts doing nothing on gun safety legislation, as they effectively staged a protest on the floor of the U.S. House, after the Orlando shooting. House Republicans responded by blocking a vote on a bill that would ensure federal contractors can’t discriminate on the basis of sexual orientation or gender identity.

In the midst of all this, it was also discovered that the Russian government had hacked the DNC’s servers, apparently to get opposition research on Donald Trump, among thousands of other documents. And it was only Tuesday.

Vacation! We’re comin’ for ya!