This is it! Election day is finally here… 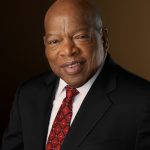 It’s Election Day 2016! Donald Trump and Hillary Clinton made a combined nine stops in battleground states Monday, making their final pitches to American voters and hoping to have their campaigns end on a high note.

The Democratic nominee brought out the big guns by having President Obama, first lady Michelle Obama, former President Bill Clinton, and Chelsea Clinton join her in Philadelphia. Bruce Springsteen and Jon Bon Jovi also both performed ahead of Clinton’s speech.

Meanwhile, Trump attended five rallies in five states over twelve hours. The Republican nominee began his day in Florida and North Carolina, before heading north to Pennsylvania and joining his running mate, Mike Pence, for an event in New Hampshire. Trump was also joined by his children there.