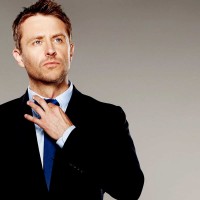 Top Stories
It’s another Tuesday, and another election day, this time in Indiana, where the outcome for both Democrats and Republicans has a possibility of ending the primary season a bit early.

Meanwhile, Hillary Clinton and Donald Trump already appear to be moving into general election mode. Unsurprisingly, Trump is already throwing veiled threats at Clinton, while she’s made it clear, she will be standing up for herself – or as Trump calls it, playing the woman card.

Elsewhere, Puerto Rico defaulted on millions of dollars of debt on Monday, while the GOP Congress seemed to continue its year of doing nothing. Recent polling seems to show that like Trump’s misogynic effects on women, Republicans in Congress doing nothing to help the Hispanic majority of Americans in Puerto Rico may drive other hispanic Americans away from the GOP this fall.

Add that to the list of other problems Republicans are facing going into this fall’s elections – including math – and things just keep getting darker for those on the right.