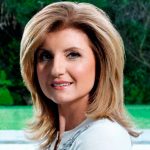 Arianna Huffington – Author, co-founder and editor-in-chief of The Huffington Post Hr 2 (7:30),
Talking about her latest book ‘The Sleep Revolution’ & the 2016 election

Top Stories
It’s a Tuesday – so that means more primary elections, today for both parties in Oregon, and for just the Democrats in Kentucky. It’s likely that Sec. Clinton and Sen. Sanders will split the elections, and they’ll definitely split the delegates – all of which won’t change the fact that Clinton is already effectively the Democratic nominee.

On the right, the Trumpster fire that is the GOP’s presidential nominee continues to talk out of both sides of his face. On Monday, after more than a year of trashing pollsters, and insisting he doesn’t need to hire a pollster, Trump did the traditional Republican thing and hired a veteran GOP pollster.

Both Clinton & Trump camps are also beginning to leak some of their strategies to the media – and as expected, it looks to be a brutal next six months.

While the GOP-led US Congress continues to do nothing, the Supreme Court decided not to decide on Monday, on another challenge to the birth control provisions of the ACA, effectively giving a win to pro-women’s forces.

And at the state level, in a surprise turnabout, the Oklahoma state legislature is finally looking at Medicaid expansion, as allowed for in the ACA.