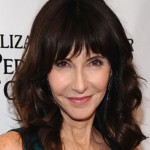 Top Stories
If you’ve thought this year has been totally going to the crapper, you probably weren’t surprised on Monday when North Carolina and the Federal government sued each other over the state’s anti-LGBT bathroom law. Attorney General Loretta Lynch, in a bold stand with LGBT Americans in North Carolina, and specifically trans Americans, made it clear that the White House – and most of America – stand with our fellow LGBT Americans against North Carolina’s crazy law.

While the fight in North Carolina blew up, the GOP Civil War continued, with Speaker Paul Ryan smacking ‘Caribou Barbie’ Palin around, while at the same time, effectively saying if Trump wants Ryan to stay away from this summer’s GOP convention, Ryan would do just that.

Meanwhile, on the Democratic side, Hillary Clinton continues trying to bring Bernie supporters to her side, and she’s making some very persuasive arguments. A growing number of Democrats are even talking about a potential Clinton/Warren ticket.

Considering how 2016 has gone so far? Anything is possible.