• Attorney Lisa Bloom of Avvo.com on the line in Hr 2. 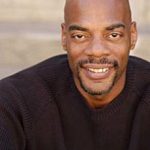 Top Stories
Hope your Fourth of July holiday went as well as ours – though we hope your neighbors weren’t blowing up fireworks until 1AM like ours.

Speaking of things blowing up, it’s less than two weeks until the Trumpster fire that will be the RNC begins, and less than three weeks until the next Sexy Liberal show, right before the DNC! Not surprisingly, Donald Trump created more fireworks over the holiday weekend, tweeting out a blatantly anti-Semitic image of Hillary Clinton – that was created by a white supremacist account – before deleting the image, and trying to talk his way out of that blunder.

Sec. Clinton also made some news over the weekend as well, stopping in Washington, DC to have an interview with the FBI, which looks likely to conclude the email brouhaha with no charges and no laws broken.

In the UK, one of the idiot politicians responsible for causing Brexit, right-wing UKIP leader Nigel Farage did what most right-wingers are good at doing – being a coward – as he quit his job as head of his political party, whining that he wanted his life back.

And in the Middle East, ISIS struck again, several times, including blowing up a bomb right outside the burial place of the Prophet Mohammed. For real Muslims, attacking Mohammed’s burial place would be like a Catholic taking a dump on the alter in St. Peter’s Basilica. If someone claims to be Islamic? They would never, in a million years, make that attack where they did.