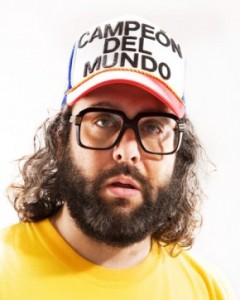 Jody Hamilton of the ‘From The Bunker’ podcast (among other entertainment ventures)
LIVE in studio for Hour Three!

Top Stories
The Panama Papers continue to worry politicians all over the world – and the Prime Minister of Iceland may be the first to be run out of office by his people over the tax scam revealed in the leak. Far right-wing French political family the LePens have also been exposed as less than honest. While no American politicians have been named, sources say they will be soon.

The Supreme Court got something right with voting Monday, unanimously rejecting the latest conservative trick to try and skew voting in favor of the right. Democrats also got something right, finally setting the time and date for their next presidential debate.

Meanwhile, as voters head to the polls in Wisconsin today, both data and the Clinton camp say unless Sanders has a major double digit win, today might be a win, but it won’t help Sanders win. On the Republican side, Cruz also needs a solid win over Trump today – which may just make things even worse for Republicans.

It may be hard for things to get much worse for Trump. Americans keep pooping on his star on the Hollywood Walk of Fame, while Brits won’t stop calling him an idiot over his stance on