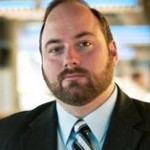 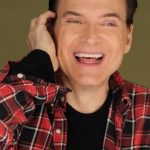 Top Stories
Another day in America, and sadly, another shooting of a African American man by a white cop, for absolutely no good reason. Overnight, it was in a suburb of the Twin Cities, in Minnesota, and the victim was 32-year-old Philando Castile. Castille appears to be a good man with a gun – literally. His girlfriend got pulled over, supposedly for a broken taillight. Castille let cops know he had a gun and a permit to carry, and he was reaching for his wallet – and they shot him to death, four shots, in front of his girlfriend and 4 year old child. Thankfully, she had the wisdom to record the whole incident via Facebook Live. Amazingly, she kept calm nearly the entire time, even while her boyfriend was bleeding to death in her passenger seat.

This, while the Feds have already taken over the investigation of the killing in Baton Rouge, Louisiana by police earlier in the week, of a father of 5 who was simply selling CDs outside a convenience store.

The world does keep moving though, and in the presidential race, Hillary Clinton nailed Donald Trump outside of one of his many closed casinos, this one in Atlantic City, NJ. Clinton hit Trump hard on his habit of screwing over workers, bankrupting his businesses on purpose, and yet walking away with millions and all his toys intact.

Trump, for his part, held a disjointed, bizzare, rambling event near Cincinnati, where he had potential GOP VP pick Newt Gingrich introduce him. Trump swatted at Clinton – and a mosquito – though he barely talked about the Democratic nominee. Trump mostly reiterated his praise for Saddam Hussein and tried to defend his anti-Semitic use of a star in a recent anti-Hillary tweet.