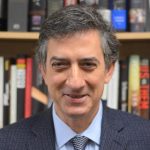 Top Stories
We’re 95 days away from election day, and the Trumpster fire is still roaring. In fact, Democrats and Lefties shouldn’t think this one is in the bag yet. After the month Trump has had, you’d think any sane person would have kept their money instead of throwing it into the Trump hole. But last month, Trump nearly caught up with Clinton in his fundraising – and he hasn’t been spending nearly as much.

That big haul of cash from the rubes may not help Trump though, as the Republican Party seems more divided now, after the conventions, than they were before. Multiple reliable sources are even saying that many of the top GOP members, and even some of Trump’s kids may be staging a political intervention of sorts to try to get Trump to stop shooting himself and other Republicans in the foot.

For now, though, the polls from the state level – polls that actually are beginning to matter – are all rolling in the same direction: In favor of Hillary Clinton, often by double digits.

It should be no surprise then that the MSM, desperate to keep the illusion of a tight race going, is trying blow stupid things out of proportion that don’t even have anything to do with Clinton. The latest is the supposed problem with the US giving Iran $400M — which, as Charlie Pierce so brilliantly noted, was Iran’s money from 1979 that the U.S. has just been holding onto the whole time. And since there are still banking sanctions on Iran? They had to get their money back in cash.

We get it. Facts are hard for some folks, especially when they don’t gin up ratings. But the fact is, Trump is still a disaster – and he’s getting his ass beaten by a girl.

That disaster still has a chance to win, though. So go register – and then vote!