• Bob Cesca of “The Bob & Chez Show” podcast and Salon.com calls in at 10am ET / 7am PT to talk about Far Right rage

• Actor and comedian Carlos Alazraqui joins us in the Los Angeles Bureau at 10:30am ET / 7:30am PT for “Coffee With Carlos” 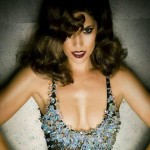 • Throughout a contentious House Oversight Committee hearing, Planned Parenthood President Cecile Richards said she is proud of her organization’s work supporting fetal tissue research and said secretly recorded videos of employees discussing the practice are part of a “smear campaign.”

• President Obama said Tuesday that the fight against the Islamic State of Iraq and Syria (ISIS) would be a “long-term campaign” for the world, but he is “ultimately optimistic” that the group’s opponents would prevail against its message of death and suffering.

• The attorney for Kim Davis, the Kentucky clerk who went to jail for refusing to issue marriage licenses to same-sex couples, says Davis met with Pope Francis last week during his visit to the U.S. The Vatican would not confirm such a meeting took place.