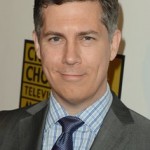 • Actor and comedian Chris Parnell calls in at 9:50am ET / 6:50am PT to talk about his new Netflix series, “The Mr. Peabody & Sherman Show”

• Bob Cesca of “The Bob & Chez Show” podcast and Salon.com calls in at 10am ET / 7am PT to talk about Trump’s cold-blooded genius

• The mother of a gunman who killed nine people and himself at an Oregon community college allowed her troubled son to have guns and acknowledged in online posts that he struggled with autism, but she didn’t seem to know he was potentially violent.

• GOP candidate Ben Carson pushed his anti-gun control stance in the wake of the Oregon shooting on Fox & Friends yesterday morning. “I would not just stand there and let him shoot me,” he said. “I would say, ‘Hey guys, everybody attack him. He may shoot me, but he can’t get us all.’”

• Along South Carolina’s coast, residents were preparing for a second round of flooding as rivers swollen from days of devastating rains make their way toward the Atlantic, and racing to minimize effects of the first round. Tuesday was the state’s first dry one since the deluge that began late last week.