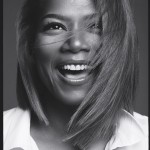 • Kaci Hickox, the nurse released from quarantine in New Jersey after she had returned from treating Ebola patients in West Africa refuses to comply with another 21-day quarantine imposed by Maine officials, her attorney says. She has agreed to stay in isolation for two days.

• An Orbital Sciences rocket making only its fifth flight exploded seconds after launch from the Virginia coast Tuesday, erupting in a spectacular fireball and destroying an uncrewed Cygnus cargo ship in a disheartening failure for NASA’s commercial space station resupply program.

• Homeland Security Secretary Jeh Johnson is ordering more security for more than 9,500 federal government buildings in reaction to “continued public calls by terrorist organizations for attacks on the homeland and elsewhere” after two attacks last week on Canada’s government.