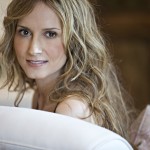 • An armed security contractor convicted three times for charges of assault and battery was allowed on an elevator with President Obama earlier this month, adding another tally mark to a score of headaches that have recently besieged the United States Secret Service.

• For the first time, a patient in an American hospital has been diagnosed with Ebola. The unidentified man, who is being treated at a Dallas hospital, didn’t show symptoms until after four or five days of arriving in the United States from Liberia.

• Tracy Morgan is speaking out after Walmart faulted the comedian for not wearing his seat belt in connection with injuries he sustained in June from a six-car crash on the New Jersey Turnpike. “I can’t believe Walmart is blaming me for an accident that they caused. My friends and I were doing nothing wrong,” the comedian said in a statement.