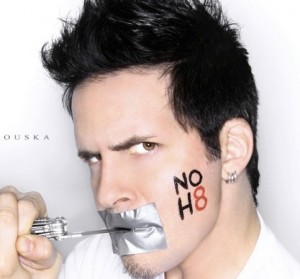 • Michael Tomasky of The Daily Beast calls in at 10:30am ET / 7:30am PT to talk about why the Constitution guarantees no absolute right to bear arms

• After three women who vanished a decade ago were found captive Monday at a peeling, rundown house, Cleveland police are facing questions about their handling of missing-person cases and are conducting an internal review to see if they overlooked anything.

• Once the disgraced and tearful figure at the epicenter of an embarrassing scandal, former South Carolina Gov. Mark Sanford will return to public life as a U.S. congressman after his win over Elizabeth Colbert Busch last night.

• House Republicans open their hearings today into the Benghazi attack that killed Amb. Chris Stevens and three other Americans but have already released transcripts from State Department witnesses, including former Deputy Chief of Mission Gregory Hicks.

• New Jersey Governor Chris Christie, who has struggled with obesity for much of his adult life, said on Tuesday he underwent lap band surgery in February to lose weight, a move he said had nothing to do with a possible run for the White House in 2016.