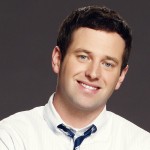 • President Obama announced Tuesday that the U.S. plans to remove all troops from Afghanistan by 2016, starting with reducing the troop presence in the country to just 9,800 and an end to the U.S. combat mission at the close of 2014.

• Thousands mourned the deaths of their classmates at UC Santa Barbara, California lawmakers proposed ways to prevent the next round of deaths, and the rampant presence of guns were at the forefront of both discussions as a rampage that left seven dead reverberated across the state.

• A response filed with the NBA Tuesday by embattled Clippers owner Donald Sterling claims that the league’s use of an “illegally recorded” conversation that took place during a “lovers’ quarrel” cannot be used to strip him of his ownership, CBS Los Angeles said.

• US fugitive intelligence leaker Edward Snowden “trained as a spy” for intelligence agencies, he told NBC News in aired excerpts from an interview. “I was trained as a spy in sort of the traditional sense of the word in that I lived and worked undercover overseas,” he said.