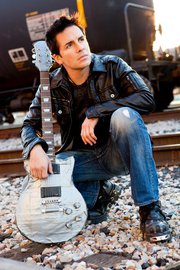 • Lax oversight at the IRS allowed for the singling out of some conservative groups, resulting in lengthy delays in the processing of their applications for federal tax-exempt status, according to a report by the agency’s inspector general released Tuesday.

• The Justice Department on Tuesday defended its decision to subpoena phone records from Associated Press bureaus and reporters, saying the requests were limited and necessary to investigate a leak of classified information.

• CNN has obtained an e-mail sent by a top aide to President Barack Obama about White House reaction to the deadly attack last September 11 on the U.S. diplomatic compound in Benghazi, Libya, that apparently differs from how sources characterized it to two different media organizations.

• The Army announced Tuesday that a sergeant first class assigned to an assault prevention program at Fort Hood is under investigation for sexual assault. The solider was assigned as a Sexual Harassment/Assault Response and Prevention program coordinator when the allegations surfaced.

• OJ Simpson is set to speak again today in a Las Vegas courtroom in a bid to win freedom from a sentence that could keep him behind bars until he dies.