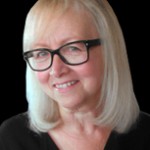 • Heather “Digby” Parton, contributing writer to Salon, calls in at 10:30am ET / 7:30am PT to talk about the Tea Party vs. the GOP Establishment

• Magic Johnson has some advice for Los Angeles Clippers owner Donald Sterling: Sell the team, take the money and enjoy the rest of your life. A day after Sterling appeared on CNN slamming the NBA legend’s character, his battle with HIV and his community outreach efforts, Johnson said Tuesday that he feels sorry for the 80-year-old billionaire.

• Shelly Sterling reasserted on the TODAY show Tuesday her contention that she is not connected to her estranged husband’s statements and should be allowed to retain ownership of the L.A. Clippers no matter what happens to him.

• Hillary Clinton’s team has slammed Karl Rove for his allegations about Clinton’s health, calling his accusations “a form of sickness,” and saying the GOP is “scared of what she has achieved and what she has to offer.”

• A federal magistrate judge has ruled that Idaho’s ban on same-sex marriage is unconstitutional. She says Idaho’s laws wrongly stigmatize gay and lesbian couples and relegate their families to second-class status without sufficient reason. Gov. C.L. “Butch” Otter has already said he intends to appeal the case.