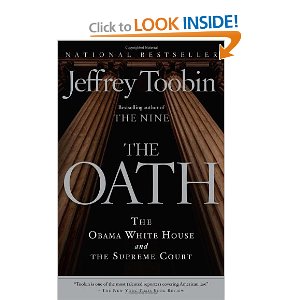 • Jeffrey Toobin, author of THE OATH, calls in at 10am ET / 7am PT to talk about The Supreme Court and the upcoming rulings that will shape the Roberts’ Court legacy

• Lawmakers outraged by sexual assaults in the military are moving swiftly to address the problem, tackling legislation that would strip commanders of their authority to overturn convictions in rape and assault cases.

• Leaders from conservative and tea party groups told a congressional panel that the Internal Revenue Service’s methods of vetting organizations seeking nonprofit status discouraged supporters from donating to their causes.

• Setting the stage for what is likely to be a months-long struggle with Senate GOP, President Obama yesterday nominated two attorneys and a judge to fill the vacancies on the U.S. Court of Appeals for the D.C. Circuit – considered to be the nation’s second-most powerful court.

• In a decision with implications for his own re-election this fall, the next presidential campaign and the GOP in Washington, Gov. Chris Christie (R-NJ) yesterday called for a special election to be held this year to choose the successor to the late Dem Sen. Frank Lautenberg.