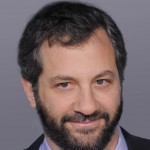 • The Texas officer who pulled over Chicago native Sandra Bland just days before her death in jail told her that he “will light you up,” apparently with a stun gun, one of the dramatic moments caught on newly released dash cam footage.

• Bill Cosby’s attorneys said in a motion filed Tuesday that the alleged victim in a federal lawsuit against the embattled comedian has “made a mockery” of a confidentiality agreement that was part of a settlement in the 2006 case.