• Charlie Pierce of Esquire’s Politics Blog calls in at 10:30am ET / 7:30am PT to talk about what the gobshites are saying these days 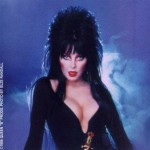 • Elvira Mistress of the Dark calls in at 10:50am ET / 7:50am PT to talk about all of her Halloween activities this year

• Kathleen Matthews calls in at 11:30am ET / 8:30am PT to talk about her campaign for Congress from Maryland

• Congressional leaders and the White House have reached a tentative agreement that would lift the debt ceiling through March 2017 and increase spending caps for the next two fiscal years, according to sources familiar with the negotiations.

• Ben Carson now has a 14-point lead over Donald Trump among likely GOP caucus-goers in Iowa, according to a Monmouth University poll released Monday. Thirty-two percent said they back Carson compared to 18 percent for Trump.

• After 2,430 regular season games and 31 postseason playoff games, Major League Baseball’s 30 teams have been narrowed down to two: the New York Mets and the Kansas City Royals. They’ll meet in Game 1 of the World Series tonight in Kansas City.