• Charlie Pierce of Esquire’s Politics Blog calls in at 10:30am ET / 7:30am PT to talk about the aftermath of the ObamaCare fight 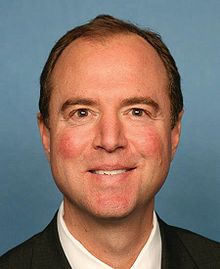 • Rep. Adam Schiff (D-CA) calls in at 11am ET / 8am PT to talk about making sure we have no more GOP-forced government shutdowns

• President Obama publicly acknowledged on Monday that the new health care law’s website “hasn’t worked as smoothly as it was supposed to work,” but he urged Americans not to be deterred from registering for Obamacare because of the technological problems that have plagued its rollout.

• A 13-year-old student armed with a semi-automatic handgun opened fire on a middle-school campus near Reno, NV just before the starting bell Monday, wounding two boys and killing a teacher member who was trying to protect other children, police said.

• France is the latest in a growing list of nations demanding explanations from Washington about NSA spying. A report published on Monday said the U.S. swept up 70 million French telephone records and text messages and recorded some private conversations.

• In a new ABC News poll, a near-record 78% of Americans are dissatisfied with the way the federal government works, with anger at a new high in polls since 1992. Criticism over the shutdown is focused on the GOP, now at their greatest unpopularity in data since 1984.