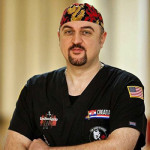 • Dr. Dan Ivankovich of OnePatient Global Health Initiative calls in at 9:30am ET / 6:30am PT to talk about his CNN Heroes nomination

• Charlie Pierce of Esquire’s Politics Blog calls in at 10:30am ET / 7:30am PT to talk about whether Joe Biden should enter the race

• Democratic presidential candidate Bernie Sanders has indicated that he will give “a major speech in the not-too-distant future” to explain what it means to be a democratic socialist, as he defines himself.

• Ahead of Hillary Clinton’s appearance before the Select Committee on Benghazi later this week, House Democrats released a report Monday concluding that interviews conducted by the panel discredit GOP claims about Clinton’s actions during the 2012 attacks.

• With little luck in his quest for the Democratic presidential nomination so far, former Virginia Sen. Jim Webb is considering an independent bid in 2016, his campaign said Monday.

• Canadian voters emphatically reclaimed their country’s liberal identity, putting Justin Trudeau in the prime minister’s office, and ending 10 years of leadership by Stephen Harper, whose dream was to recast Canada as a more conservative country.