• Charlie Pierce of Esquire’s Politics Blog calls in at 10:30am ET / 7:30am PT to talk about strange political events in Maine and Virginia 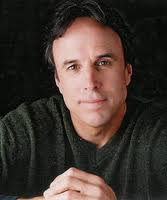 • Comedian Kevin Nealon calls in at 11:30am ET / 8:30am PT to talk about his online benefit “Comedy Gives Back”

• A gunman fired at least fix rounds into an escalator near closing time in a popular New Jersey mall Monday evening before taking his own life, authorities said. Thousands of shoppers fled the building but no injuries were reported.

• Voters headed to the polls Tuesday for a series of off-year elections, including high-profile contests in Virginia and New Jersey that could offer nationally resonant lessons for Republicans and Democrats alike.

• The Senate cleared its first procedural hurdle today on the Employment Non-Discrimination Act (ENDA), legislation which would ban discrimination in the workplace based on sexual orientation and gender identity. The bill faces a tougher road in the House where Speaker Boehner says he opposes it.

• Suspended Miami Dolphins guard Richie Incognito sent text messages to teammate Jonathan Martin that were racist and threatening, according to multiple reports. The team and NFL continued their investigation into allegations by Martin’s representatives that he was bullied.