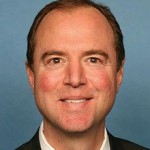 • Charlie Pierce of Esquire’s Politics Blog calls in at 10:30am ET / 7:30am PT to talk about John McCain vs. Donald Trump

• John Kasich enters a crowded field of Republican candidates today, as he becomes the 16th person to declare he is running for president. It will be an uphill climb for the Ohio governor, who’s in the three percent range in national polls.