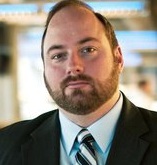 • Treasury Secretary Tim Geithner and senior White House aide Rob Nabors are visiting separately Thursday with the four leaders of the House and Senate to discuss how to avert a series of tax increases and spending cuts due to begin in January.

• Mitt Romney will finally make it to the White House today, but only for a 12:30 p.m. EST private — make that very private, no reporters — lunch with President Barack Obama.