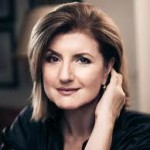 • Democrats will participate in the Republican-led House Select Committee investigation of the deadly Benghazi terror attack. House Democratic Leader Nancy Pelosi has named five lawmakers to the 12-member panel looking into the 2012 armed assault on the U.S. diplomatic compound in eastern Libya.

• A defiant Gov. Chris Christie on Wednesday shrugged off a mounting budget crisis and blamed Democrats for economic problems in New Jersey that threaten to further taint his presidential ambitions.

• Hundreds of firefighters poured into northern Arizona to battle a fire between Sedona and Flagstaff, and by Wednesday afternoon, the fire grew to an estimated 7 square miles.