• Brenda S. Feigen, Esq. was in attendance for the Prop 8 & DOMA hearings before the Supreme Court. She calls in at 11am ET / 8am PT with an update 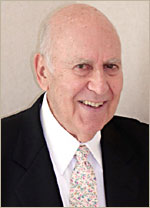 • A majority of Supreme Court justices expressed concern Wednesday about DOMA, a federal law that bars same sex marriage, signaling the nation’s highest court may be poised to extend a potentially historic victory to the gay rights movement.

• Four members of the “gang of eight” senators pushing for a bipartisan approach to immigration reform on Wednesday got an unexpected optical to demonstrate their case: During a tour of the border, Sen. John McCain (R-AZ) witnessed a woman in Nogales, Ariz., “successfully climb an 18-ft bollard fence a few yards away from us.”

• Former South African President Nelson Mandela was admitted to the hospital just before midnight Wednesday due to his recurring lung infection.