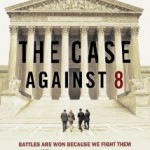 • Kris Perry & Sandy Stier, plaintiffs in the Prop. 8 case, call in at 10am ET / 7am PT to talk about the HBO documentary “The Case Against 8”

• Iraqi government forces battled Sunni rebels for control of the country’s biggest refinery on Thursday as Prime Minister Nuri al-Maliki waited for a U.S. response to an appeal for air strikes to beat back the threat to Baghdad.

• Emotions ran high Wednesday at a hearing on Capitol Hill to examine the circumstances surrounding Army Sgt. Bowe Bergdahl’s capture by the Taliban in 2009 and the deal that led to his release in late May. Bergdahl’s former roommate said that there was no doubt that he deserted.