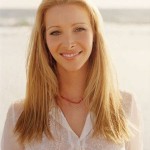 • Actress Lisa Kudrow calls in at 9:50am ET / 6:50am PT to talk about the return of her brilliant HBO series “The Comeback”

• Protests erupted across the country, with about 40 people arrested in New York City after a grand jury Wednesday declined to indict New York City police officers involved in the death of Eric Garner, who died after those officers placed him in a choke hold.

• Esaw Garner, the widow of Eric Garner, the New York man who died after a police officer put him in a choke hold, said she will never accept an apology from the officer who a grand jury decided not to indict yesterday afternoon.

• Three more women went public on Wednesday afternoon in Los Angeles accusing Bill Cosby of sexually assaulting them in the ’70s and ’80s.