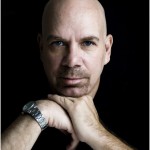 • Sony Pictures pulled the plug on “The Interview”, bowing to threats of potential violence at movie theaters. Sources say that the US government has determined the North Korean government is behind the Sony hack but the U.S. government has not yet publicly named a suspect.

• President Obama announced Wednesday that the United States is taking steps to restore full diplomacy with Cuba, a historic move that will end 50 years of frozen relations with the communist nation.

• President Obama’s approval rating with Latinos has jumped 10 points since he announced a new policy of deportation relief for millions of undocumented immigrants. 57 percent now say they approve of the job that Obama is doing.