• The Rude Pundit calls in at 9:30am ET / 6:30am PT to talk about political correctness on college campuses 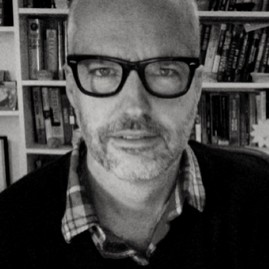 • Jeb Bush is ready to launch a GOP presidential bid months in the making today by asserting his commitment to the “most vulnerable in our society,” an approach targeting the broader American electorate even as he faces questions about his policies from conservatives in his own party.

• During her first campaign rally in Iowa, Hillary Clinton gave her most extensive remarks yet on the Trans Pacific Partnership trade deal — which she has so far declined to take a hard stance on — and said that President Obama should listen to House Minority Leader Nancy Pelosi on the issue.

• The leader of the Spokane NAACP, Rachel Dolezal, has canceled a chapter meeting for today where she was expected to speak about the furor sparked over her racial identity. Her parents have said the 37-year-old activist has falsely portrayed herself as black for years.

• The two killers who cut their way out of a maximum-security prison apparently used tools routinely stored there by contractors, taking care to return them to their toolboxes after each night’s work so that no one would notice, a prosecutor said Sunday.