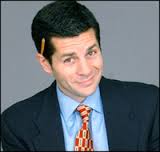 • The National Security Agency’s (NSA) ability to collect the phone records of Americans in bulk expired late last night, despite the Senate having begun a debate to reform the program. The expiration of program will likely be temporary.

• Lindsey Graham will become the ninth Republican to enter the 2016 presidential race today when he announces his candidacy in Central, South Carolina, where he was born 59 years ago.

• Former Speaker Dennis Hastert was paying a former student to keep quiet about allegations of sexual abuse from the time when Hastert was a wrestling coach in Illinois, sources have indicated.

• Joseph Robinette Biden III (known as “Beau”), the former attorney general of Delaware and the son of Vice President Joe Biden, has died of brain cancer. He was 46.