• The Rude Pundit calls in at 9:30am PT / 6:30am PT to talk about who the supporters of these “religious liberty” laws REALLY hate 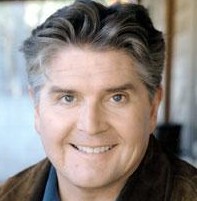 • In an interview with the New York Times published this morning, President Obama is casting the Iran talks as part of a broader foreign policy doctrine that sees American power as a safeguard that gives him the ability to take calculated risks.

• Israeli Prime Minister Benjamin Netanyahu said that the agreement reached over Iran’s controversial nuclear weapons program is a “bad deal” and asserted that Iran would use the relief from sanctions to bolster its military operations and what Netanyahu called its “terror machine.”

• Rolling Stone issued an apology for a 2014 article that detailed allegations about a gang rape at the University of Virginia, retracting the article and posting a critique of the magazine’s editorial process on the story in its place.

• The son of a Kenyan government official has been identified as one of the Islamic extremists who attacked a Kenyan college where 148 people were killed, authorities said Sunday.