• The Rude Pundit calls in at 9:30am ET / 6:30am PT to talk about Cliven Bundy, Donald Sterling, and the tenacity of racism 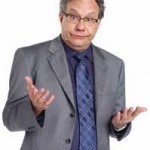 • An audio recording said to be of Los Angeles Clippers owner Donald Sterling making racist comments to his girlfriend is genuine, the woman’s lawyer said Sunday, although he insisted his client was not the one who leaked the tape to the media.

• The storm of condemnation around Sterling intensified as the Clippers staged a silent protest at a playoff game, wearing their shirts inside out to hide the team’s logo, and everyone from President Barack Obama to NBA legends Magic Johnson and Michael Jordan expressed disgust at the comments.

• A broad tornado sliced through the Little Rock vicinity Sunday, killing at least 16 people and leaving behind a miles-long path of destruction as a powerful system provided a violent kick-start to the nation’s tornado season.