• John Fugelsang, host of “Tell Me Everything” on SiriusXM Insight 121, calls in at 9am ET / 6am PT for “Fridays With Fugelsang” 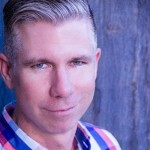 • Travis Bone, Executive Producer of “Conversations with Maria Menounos” on SiriusXM Stars, returns to The Stephanie Miller Show studios at 10am ET / 7am PT to say goodbye to Chris.

• The Washington Post is reporting that there is growing anxiety bordering on panic among Republican elites about the dominance and durability of Donald Trump and Ben Carson and widespread bewilderment over how to defeat them.

• U.S. officials reportedly told ABC News that the ISIS militant known as “Jihadi John,” seen in gruesome videos showing the beheading of US and British hostages, was believed to be killed as he left a building in Syria. One official called it a “flawless” and “clean hit” with no collateral damage.