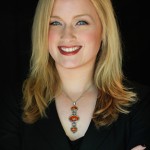 • President Obama urged his Russian counterpart Thursday to embrace a diplomatic solution as Ukraine lurched toward breakup when lawmakers in Crimea unanimously declared they wanted to join Russia and would put the decision to voters in 10 days.

• President Vladimir Putin rebuffed a warning from U.S. President Barack Obama over Moscow’s military intervention in Crimea, saying on Friday that Russia could not ignore calls for help from Russian speakers in Ukraine.

• New Jersey Gov. Chris Christie, receiving a warm reception from the far right CPAC audience Thursday, said the GOP needs to change the way it shares its message with voters in order to defeat Democrats in future elections.

• The Army’s top prosecutor in charge of sexual assault cases has been suspended from his position because he is under investigation for allegedly groping and assaulting a female lawyer on his staff.