• David Webb of SiriusXM calls in at 9:30am ET / 6:30am PT to talk about his special broadcast from Normandy on today’s 70th anniversary of D-Day 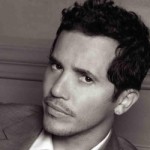 • A lone gunman armed with a shotgun and knife opened fire Thursday in a building at Seattle Pacific University, fatally wounding one person before a student subdued him with pepper spray as he tried to reload, police said.

• While Bowe Bergdahl was still in captivity, the United States knew he had tried to escape twice and that after each try his captors increased security around him. Now, Defense Department officials debriefing him in Germany about his five years in captivity are finding out the conditions were harsher than they thought.

• A bipartisan pair of senators, Sen. Bernie Sanders and Sen. John McCain, announced a deal to reform the embattled Veterans Affairs health care system on Thursday, marking the most significant sign of congressional action on a scandal that has roiled Washington in recent weeks.