• Republican strategist Rich Galen calls in at 10:30am ET / 7:30am PT to talk about the stunning defeat of Eric Cantor 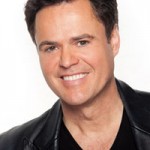 • Entertainment legend Donny Osmond calls in at 10:50am ET / 7:50am PT to talk about his new smartphone app and his new album

• Army Sergeant Bowe Bergdahl, who spent five years as a Taliban prisoner of war before being released on May 31, has arrived at an Army medical center in Texas where he will receive further treatment, the Pentagon said on Friday.

• The government of Iraq’s Prime Minister Nouri al-Maliki remained in paralysis Friday, unable to form a coherent response after al-Qaida-inspired militants blitzed and captured entire chunks of the nation’s Sunni heartland this week, including major cities, towns, military and police bases as Iraqi forces melted away or fled.

• Hillary Rodham Clinton tersely defended her initial opposition to gay marriage, denying in a radio interview that political reasons were behind her shift last year to supporting same-sex marriage. She accused the host of the show of “playing with my words.”