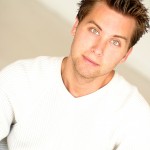 • SiriusXM OutQ host Lance Bass calls in at 10:30am ET / 7:30am PT to talk about his E! special, “Lance Loves Michael: The Lance Bass Wedding”

• The Republican-controlled Senate on Thursday approved a bipartisan bill to construct the Keystone XL oil pipeline, defying a presidential veto threat and setting up the first of many battles with the White House over energy and the environment.

• Sen. Lindsey Graham (R-SC) is the latest Republican to formally announce he is considering a presidential bid with the launch of a political action committee (PAC) called Security Through Strength.

• Hip hop mogul Marion “Suge” Knight plowed a truck into a group of people in Compton, California, on Thursday, killing one man in what authorities are calling a hit-and-run, Knight’s lawyer and law enforcement officials say. The attorney called it an accident.

• The New England Patriots will face the Seattle Seahawks in the 49th annual Super Bowl this Sunday, February 1, 2015. The game will be played in Glendale, AZ and kickoff is at 6:30pm ET / 3:30pm PT and will be shown on NBC (and can be heard on SiriusXM).