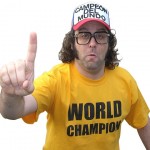 • A majority of Americans (54%) support President Obama’s proposed authorization to use force against ISIS, according to an exclusive NBC News/Marist poll conducted after Obama sent his authorization to Congress.

• ISIS fighters launched a major offensive just miles from a U.S. air base where American military advisers are stationed on Thursday, according to a senior security official and a tribal leader. The U.S.-led coalition followed the assault with airstrikes on ISIS positions around the town.

• More than 5,000 people attended funeral prayers for the three murdered Muslim students in North Carolina Thursday. The massive crowds that came to mourn made it clear that Muslims here feel a bubbling tide of resentment that has boiled over.