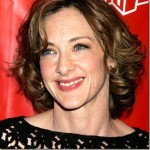 • The top 10 candidates for the GOP presidential nomination only had a few minutes each last night to capture the attention of voters tuning in to the first big-league Republican presidential debate. Donald Trump may have grabbed the most headlines, but the prime-time debate didn’t yield a clear victor.

• Former Hewlett-Packard CEO and Republican presidential contender Carly Fiorina came out swinging during the pre-debate Republican forum and generated a buzz on social media with her digs at Hillary Clinton among others.

• Sen. Chuck Schumer (D-NY) announced Thursday night that he will vote against the Iran nuclear agreement. He laid out the reasons he decided not to support the deal negotiated by Secretary of State John Kerry and strongly advocated for by President Obama in a post on Medium.

• Jon Stewart said goodbye to “The Daily Show” last night, America’s foremost satirist of politicians and the media ushered out by Bruce Springsteen and a reunion of the many colleagues that he worked with during 16 years as host. “Guess what? Stewart said. “I’ve got big news. This is it.”