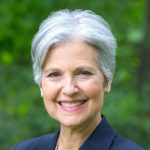 President-elect Donald Trump on criticized Hillary Clinton’s participation in an election recount. In typical Trump fashion, he posted a series of tweets early Sunday morning that painted Clinton as a hypocrite because she’d previously criticized Trump’s stunning admission that he may not accept the results of the election.

Meanwhile, former Trump campaign manager Kellyanne Conway told CNN appointing Mitt Romney as secretary of state would be viewed by many supporters of President-elect Donald Trump as a major betrayal, causing a stir.

Fidel Castro, the fiery apostle of revolution who brought the Cold War to the West in 1959 and then defied the United States for nearly half a century as Cuba’s maximum leader and briefly pushing the world to the brink of nuclear war, died on Friday at the age of 90.

#2. ‘The Constitution lets the electoral college choose the winner. They should choose Clinton’: http://wapo.st/2gyPHDg