Lee Papa aka The Rude Pundit – BY PHONE, in Hr 1 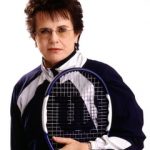 Top Stories
While Trump’s misogynistic tendencies took up much of the media’s time this weekend, both Hillary Clinton and Bernie Sanders campaigned on, aiming to pick up delegates in Kentucky and Oregon on Tuesday. While the GOP may be in the midst of a raging Trumpster fire, and entertainers from Patrick Stewart to Jennifer Lawrence may be noting how awful he is, Americans in general, still seem to think America hasn’t stopped being great.

Indeed, notes of optimism could be heard from President Obama and Sen. Elizabeth Warren at college commencements, and from Sec. Clinton too, as she campaigned. And while there may be stories of how some Americans are still having problems with Obamacare, studies are proving that the ACA has been incredibly effective.

In general, things may not be perfect in America, but they’re certainly looking better than many in politics and the media – especially those centered around Donald Trump – would make you believe, if you only listened to them.