WE’RE BACK IN STUDIO WITH JIM WARD! 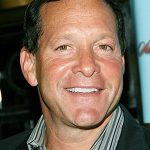 Top Stories
While seeing the first woman ever nominated for President of the United States, on a major political party’s ticket was incredible, there’s no place like home, where there aren’t any orchestra pits to stumble into.

While Hillary Clinton was an amazing part of the convention, the Gold Star family of Capt. Humayun Khan, who made one of the most amazing speeches about his son at the 2016 DNC, in some ways stole the show. Not surprisingly, Donald Trump can’t handle anyone having more of a spotlight than him, even the grieving parents of a dead U.S. soldier. So he spent the weekend bashing Mr. & Mrs. Kahn instead. That kind of behavior would normally shame any politician, and make them run from Trump – something Khzir Khan begged GOP leaders to do.

Not surprisingly, GOP leaders didn’t actually denounce Trump. All of them gave half-hearted statements, not even daring to get in front of a camera or microphone, saying that what Trump said was awful and they don’t entirely agree – but he’s still going to be their nominee for President.

Elsewhere, Hillary Clinton & Tim Kaine began their campaign with a bus tour across the Rust Belt of Pennsylvania, even as conservative media and former Trump supporters like Mark Cuban boldly and strongly came out as Hillary supporters.

At the same time, the Trump/Putin connection seems to be showing even more of it’s ugly face, even though Trump clearly doesn’t seem to know what the hell has been going on with major international issues, like Russia invading Crimea.

All this? And Hillary only gets a 7-point bounce in the polls. Which means GET OUT THERE AND REGISTER GOOD PEOPLE TO VOTE. And don’t fall into an orchestra pit while you’re doing it.