• Rep. Paul Tonko (D-NY) calls in at 10am ET / 7am PT to talk about extending tax cuts for the Middle Class 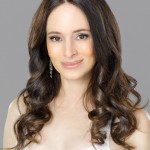 • Golden Globe nominated actress Madeleine Stowe calls in at 11:30am ET / 8:30am PT to talk about her support of Wayne Powell, who is running to unseat Eric Cantor in Virginia

• In a speech at the NAACP’s convention today, Mitt Romney will make his case to the African-American community, attempting to establish a dialogue with black voters and making efforts to chip away at the president’s overwhelming lead among them.