• Charlie Pierce of Esquire’s Politics Blog calls in at 10:30am ET / 7:30am PT to talk about gun control in the wake of the Aurora, Colorado shootings 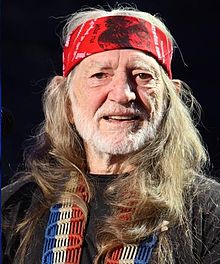 • Willie Nelson and his wife Annie calls in at 11:30am ET / 8:30am PT to talk about his new album “Heroes”, and about sustainable alternative energy

• The suspected gunman in the Colorado theater massacre faced a judge Monday in his first court appearance yesterday. Wearing orange-red hair and looking at times emotional and at other times bleary-eyed, James Holmes sat as Chief Judge William Sylvester told him he was being held without bond.

• With the presidential race reverting to its regular course following the hiatus imposed by last week’s Colorado shootings, Mitt Romney on Monday attacked President Obama for failing to understand the business environment or meeting more frequently with his jobs council.

• Reaching out for the votes of military personnel, veterans and their families, President Obama told the Veterans of Foreign Wars (VFW) national convention Monday that he kept the promises he made four years ago, stating that today the U.S. is “safer and stronger and more respected in the world.”

• Sally Ride, the first American woman in space, has passed away at the age of 61 after a 17-month battle with pancreatic cancer at her home in La Jolla, Calif.