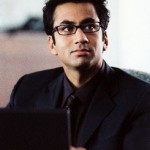 • Actor turned White House Staffer Kal Penn calls in at 9:20am ET / 6:20am PT to talk about why he’s campaigning for Obama

• Comedian Carlos Alazraqui joins us in the Los Angeles Bureau at 10am ET / 7am PT for two hours of Coffee With Carlos!

• President Obama weighed in on controversial comments about rape made by GOP Senate candidate Richard Mourdock of Indiana, calling it an example of why women should vote for him on Nov. 6 but stopping short of explicitly tying Mitt Romney to the same views.

• The FBI and U.S. Postal Service agents are investigating bogus official-looking letters sent to voters in at least 28 Florida counties questioning their citizenship and their eligibility to vote.