Ben Jealous, President of the NAACP, calls in at 9:30am ET / 6:30am PT to talk about voter fraud issues and attempts to suppress the vote

Rep. Gary Peters (D – MI) calls in at 10am ET / 7am PT to talk about the auto industry. His district includes Chrysler’s Headquarters and he worked very closely with President Obama to implement the auto rescue

Actor Ben McKenzie (The O.C., Southland) calls in at 10:30am ET / 7:30am PT to talk about Getting Out The Vote. He attended the University of Virginia and has campaigned for President Obama

Political Strategist Dave “Mudcat” Saunders calls in at 11am ET / 8am PT to talk about the final week before Election Day, including what’s going on with the Powell/Cantor race in VA 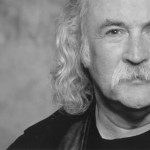 Music legend David Crosby calls in at 11:30am ET / 8:30am PT to talk about the importance of re-electing President Obama so he can finish what he started

President Obama inspected the devastation from Sandy on Wednesday, flying high over flooded neighborhoods, sand-strewn streets and a burning fire that charred homes along the New Jersey coastline.

According to new NBC/WSJ/Marist polls taken before Sandy, President Obama leads in Iowa, and is running neck and neck in New Hampshire and Wisconsin.