• Karl Frisch of Bullfight Strategies calls in at 9am ET / 6am PT to talk about President Obama’s evolved stance on marriage equality, and to co-host Right Wing World

• Ian Millhiser, Policy Analyst for the Center for American Progress Action Fund, calls in at 10am ET / 7am PT to talk about Mitt Romney’s lack of an immigration plan 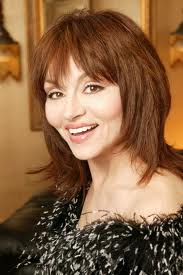 • Comedian and author Judy Tenuta joins us in the Los Angeles Bureau at 11am ET / 8am PT to hang out and talk about her new book, “Tenuta: Full Frontal Tenudity”

• Three days after Vice President Joe Biden said he is “absolutely comfortable” with two men or two women getting married, President Obama told ABC News in a hastily arranged interview that “same sex couples should be able to get married.”

• Presumptive GOP presidential nominee Mitt Romney on Wednesday said he unequivocally opposes “marriage between people of the same gender,” drawing a contrast to President Obama’s “evolving” position on the issue.

• Federal authorities and the Justice Department said Wednesday that they plan to sue Arizona sheriff Joe Arpaio and his office over allegations of civil rights violations, including the racial profiling of Latinos.